It’s supposed to be Spring, yet (and not for the first time at this time of year) it’s snowing, halting the daffodils in their push to shine bright in our gardens and roadside borders.  Its rare, to be fair, for us here in Mid Wales to have many, if any daffodils in flower for St Davids Day , 1st March.  Yet every year, as the daffs begin to poke their snouts out of the cold ground in January we hope impatiently and unrealistically , that they will be bobbing their sunny heads in the early days of Spring, before winter has said its final farewells.  They never do.

So today, the very last of February , there is a blanket of snow covering the grass, hiding the daffodils with their still covered heads, and camouflaging the snowdrops.

Tomorrow is St Davids Day, and living here in Mid Wales for the last 13 years , it’s pretty hard to ignore.  Why would I want to anyway?

So who is this St David you may be asking…. (or not, but I’m going to tell you anyway).

David was a Welsh bishop of Mynyw ( now St Davids, Pembrokeshire) during the C6th.  He lived from 500 – 589 AD and died on the 1st March that year. He was canonised in the 1120AD by Pope Callixtus II and since then 1st March has been a festival day to celebrate him; St Davids Day, Dydd Gŵyl Dewi.

He was born to an aristocratic family in SW Wales, descended from the royal house of Ceredigion..   He was a teacher, highly disciplined and during his life helped found a dozen monasteries in all.  He founded a Celtic monastic community at Glyn Rhosyn (The Vale of Roses) in Pembrokeshire (where St Davids Cathedral now stands).

The national symbol being the leek, The 7th century king of Gwynedd, Cadwaladr, is said to have ordered his men into battle wearing them for identification purposes.

Back to the Daffs.  The daffodil is the national flower of Wales, the origins of the national flower of Wales appears to be as an attractive interloper, introduced during the 19th century, as a replacement for the humble leek. David Lloyd George, the only Welshman to serve as PM, was a public advocate of the daffodil and its appearance in early spring as a symbol of nature’s optimism neatly coincides with St David’s Day on March 1.

So there you have it, whilst we have no daffodils in flower here at Cerdyn Villa yet, there are plenty , I’m sure, in full bloom in England.  there are certainly loads in the shops but I shall wait until my garden is abundant with them.

In the meantime I’ll make to with the stained glass ones I’ve been working on.

11 thoughts on “Spring, St Davids Day and the sunshine flower…” 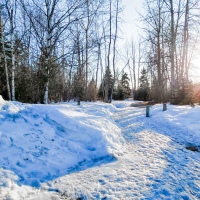